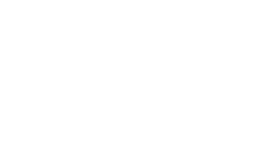 Meet Arnaud Ele, the talented photographer and film director from Cameroon devoted to film photography is based mainly in Berlin. Known for his endlessly cinematographic fashion shots, videos, and documentaries, he refuses to settle in one given place, having spent much of his life traveling. Living between Berlin, Paris, and Lausanne, Arnaud’s photography is true odes to escapism, youth, and freedom.

Speaking French and English fluently to connect with others; Ele creatively speaks an elegant cinematographic visual language to connect artistically. With the use of natural light and contrast while working on location for various projects. He connects with his models and gives them the freedom to experiment at the moment by openly expressing themselves.

Ele shoots his body of work in analog. Which instantaneity adds a particular authenticity, resulting in his iconic aesthetic. The rawness that this method affords is what makes his photographs so special. They offer an honest insight into his cinematographic retrofuture world.

His style is defined by particular energy and presence, experimenting with light and contrast, evoking feelings of nostalgia and romance. Unlike most photographers, Ele seeks for inhomogeneity. He is always exploring and enjoys confronting different worlds, and doesn’t like conventional habits. “ It's just me, I'm messy in creation. My process is frantic, carefree and curious. Finding this oscillation between various states gives life to the key shot.”says Ele.

We live in a society full of codes and rules and Ele believes it's essential to free yourself from these structures. Photography allows him to both express and experiences this - a semblance of - freedom.

Ele often produces both still images and film when working on a project, which places him in a very select category of photographers who can master both techniques. While for most projects, he doesn’t always work alone. He collaborates with his girlfriend Laura Knoops who works as a graphic designer and fashion consultant, a brilliant combination.